The valve seat reconditioning occurs by chip removal, thanks to the cutting tools which are supplied in the wide standard equipment.

The result of the technical collaboration between PEG designers and the most experienced engine rebuilders in the automotive sector, the PEG RS 08L is developed with the aim of meeting the work priorities of the most demanding engine rectifiers.

The basic elements that led to the creation of the PEG RS 08L were the properties of sturdiness and ease of use.
An extremely rapid, reliable and easy-to-use valve seat cutting machine has therefore been obtained.
These are the characteristics that today’s engine rebuilders looks for in the equipment that must then be used.

The use of electronic components and extremely complex technology has been reduced to the bare minimum.
This is to provide the operator with the easiest user experience, and to ensure greater durability and reliability for the machine.

The PEG RS 08L is supplied with a wide standard equipment of pilots, tool holders and various accessories to allow the operator working on the seats and valve guides of the engine heads from the first moment.

The effect of the air cushion created on the upper rectified plane allows the operator to move the head of the PEG RS 08L, and to easily position it over the valve seat to be bored.

The boring spindle is mounted on a spherical joint and can tilt ± 7º in any direction, allowing easy handling, thanks to the effect of the air cushion.

The combined action of the head and boring spindle, left free to float on the air cushion, allows a quick and precise self-alignment of the spindle on the pilot’s axis.

Both flows that generate the air cushion, essential for moving the head and boring spindle, are activated through the pedals located at the base of the machine, leaving the operator’s hands free to position the spindle in axis with the pilot.

The engine heads are fixed to the 2 parallel support brackets that slide on a horizontal guide, so as to allow their positioning on the lower ground surface.
The 2 parallel brackets can also rotate on the horizontal axis, in order to set the correct angle, in the case of inclined heads.

The spindle rotation takes place thanks to a DC motor placed directly on the vertical axis which, through the variator on the control panel, allows you to adjust the rotation revolutions from 0 to 1000 RPM.

The 3-angles shaped cutting bit can work on valve seats of any material, finishing the entire profile of the seat in a single operation, favoring a significant time saving for the engine rebuilders.

The control panel is positioned in front of the operator and allows easy access to all controls.

In fact, on the control panel there are: 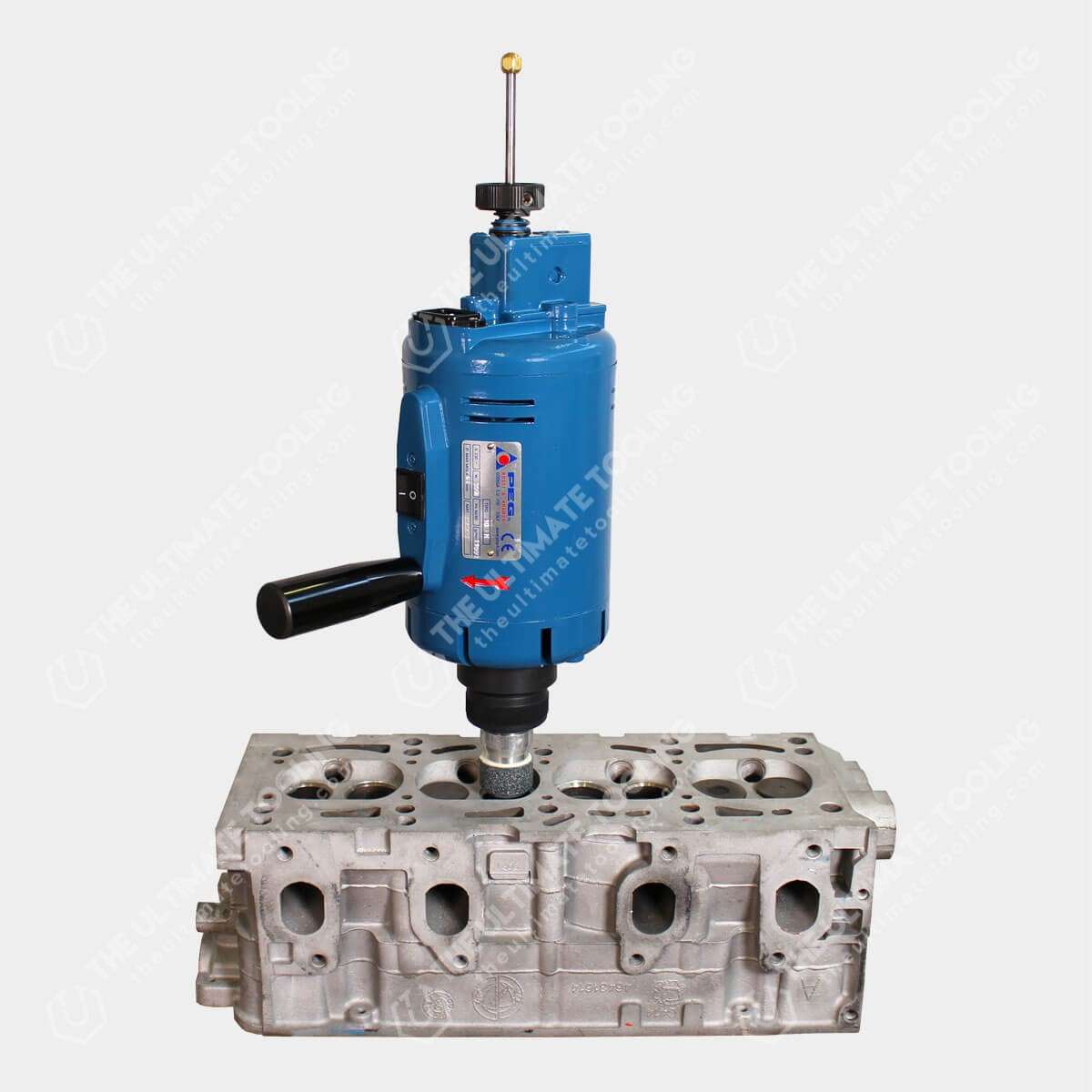 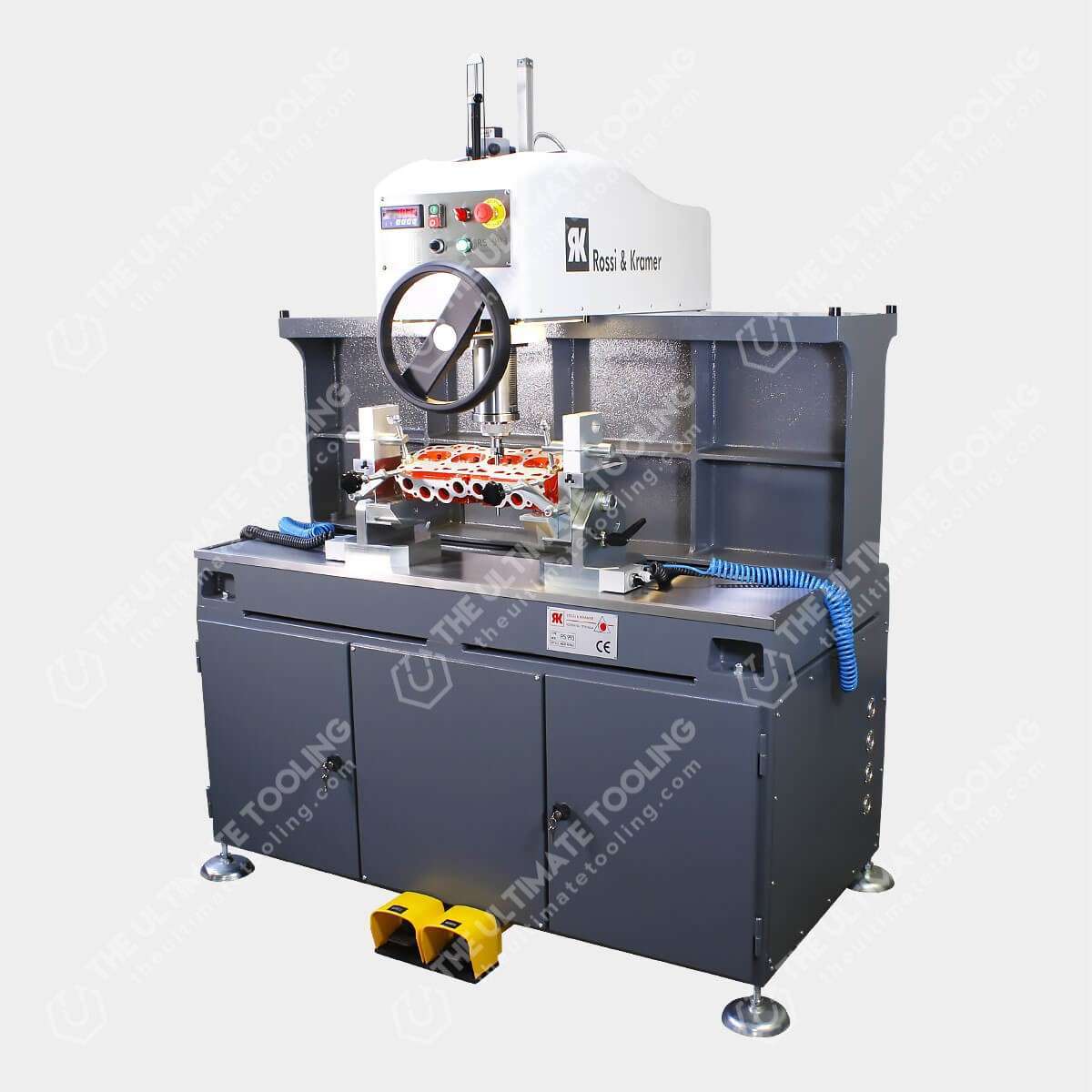 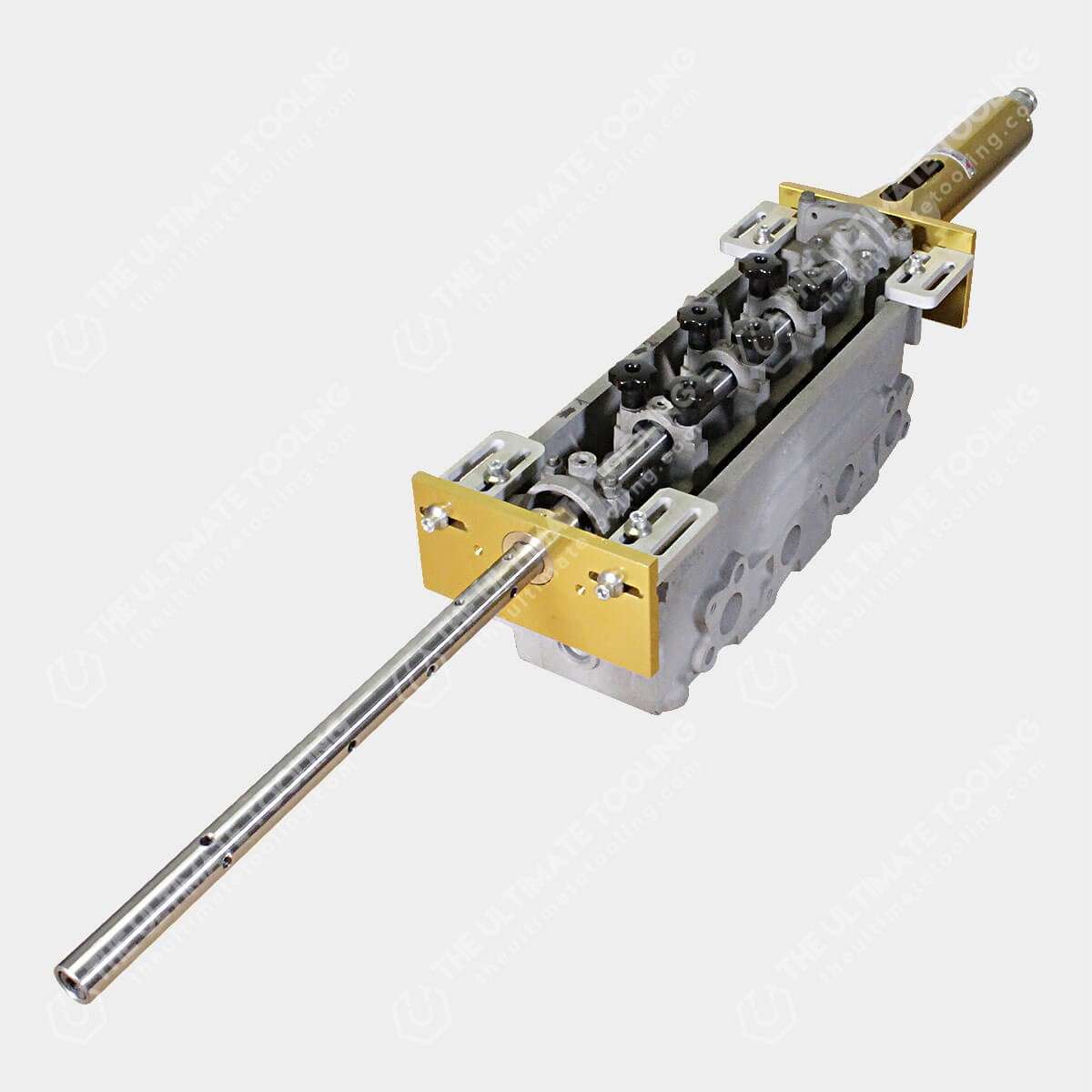 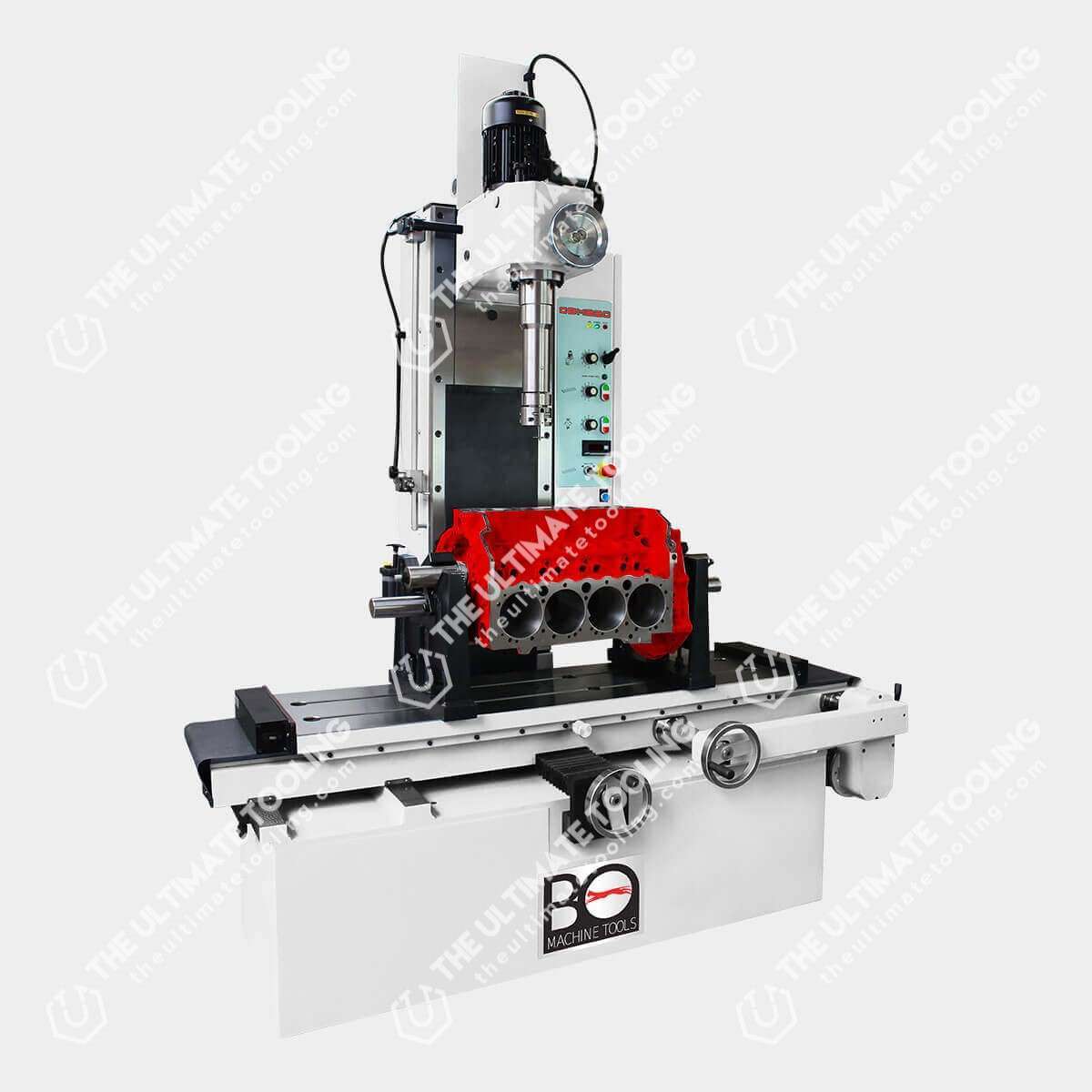