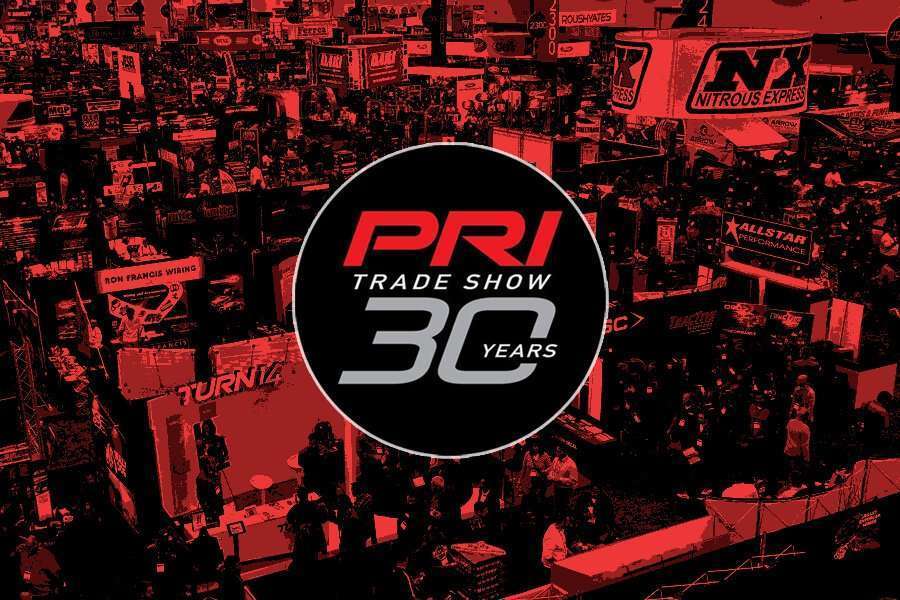 As anticipated in our previous Christmas article, today we will tell you about the PRI 2017 Performance Racing Industry that took place on 7,8,9 December 2017 in Indianapolis.

Now in its 30th edition, the PRI 2017 Performance Racing Industry is confirmed to be the leading event for the motor industry and engine rebuilding, linked to the world of motor racing.

This is not by chance that the PRI 2017 Performance Racing Industry is celebrated annually, in what we can call the Eldorado of racing.

Being in Indianapolis, the capital of motor sport of excellence, it is expected American visitors from all over the country crowded the PRI 2017 Performance Racing Industry.

However, the presence of guests from other continents such as Europe, Asia and Central and South America was also very important.

We also want to remember the pleasant note of Latin warmth and joy brought by Mexican representatives of the association ARRA and CANACINTRA. 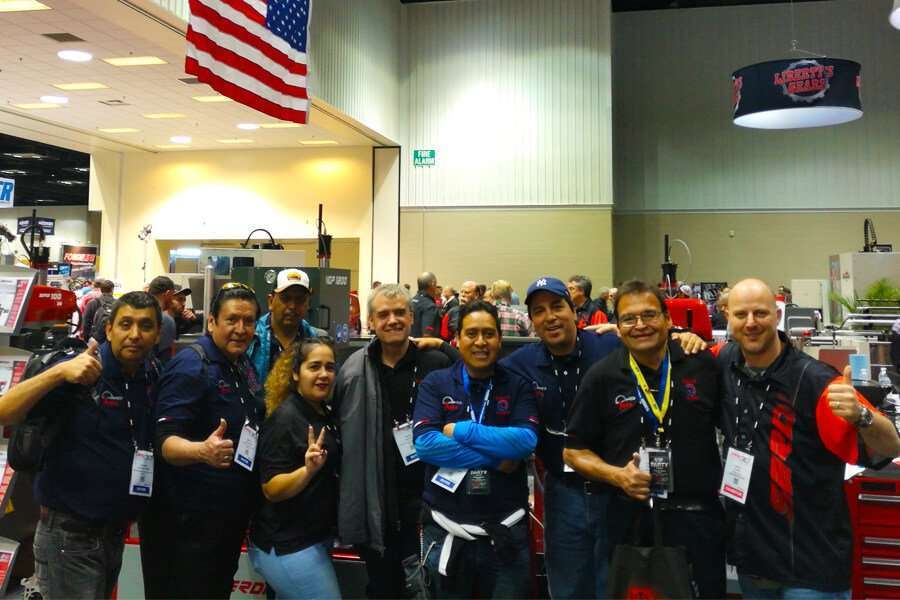 The nice Mexican rectifiers of the ARRA and CANACINTRA delegation 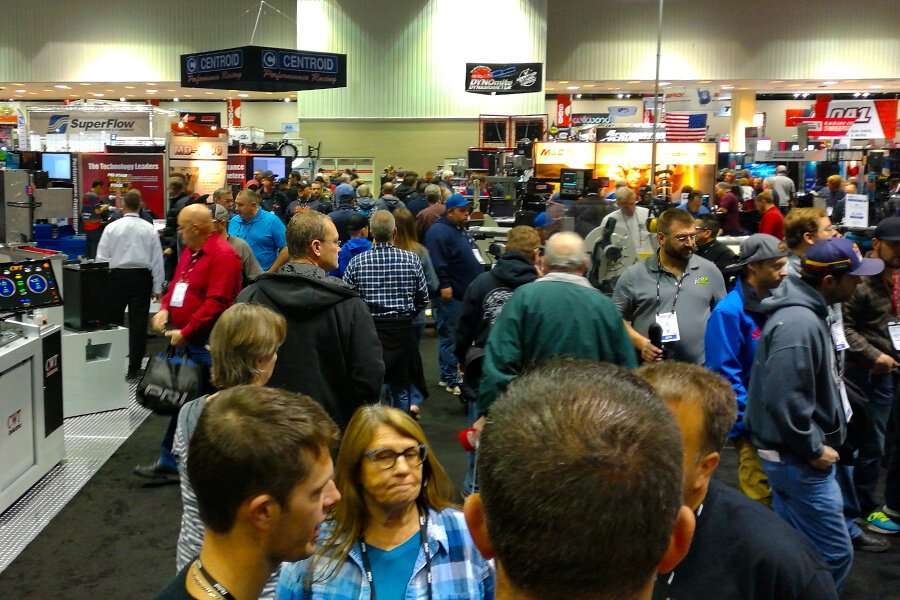 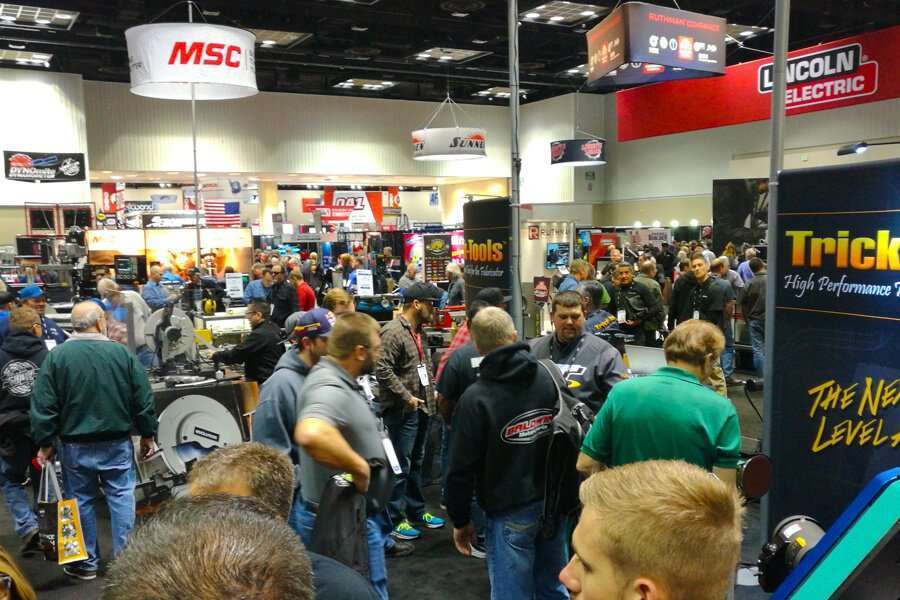 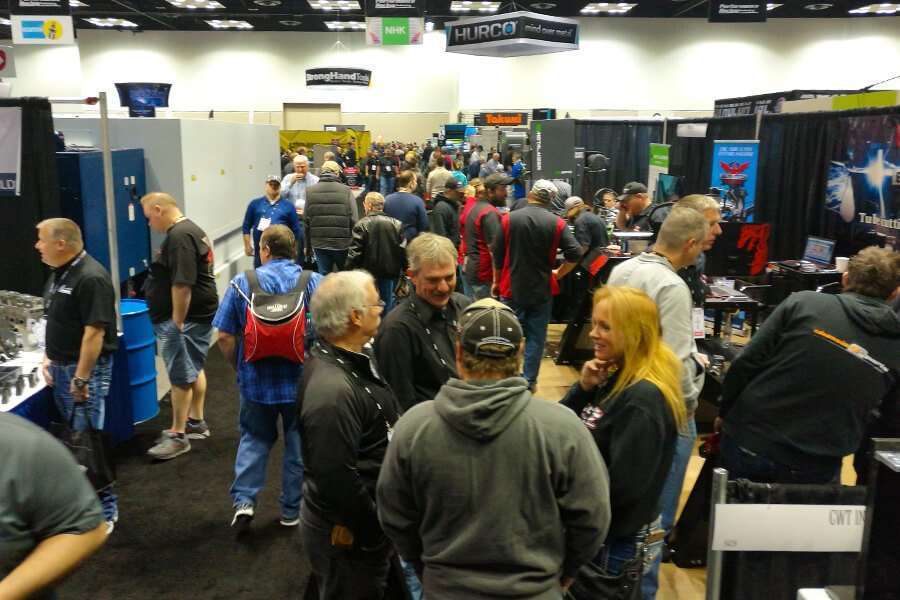 Among the several international exhibitors we have decided to exclude those specific to the spare parts sector and we focus our interest mainly on the department of machine tool manufacturers for engine repair workshops, surely closer to the area of our interest.

At the PRI 2017 Performance Racing Industry, the legendary Seattle-based company Rottler Manufacturing, which on its Rottler Avenue showcased all the finest parts of its production and new features, including the S85A and S86A the latest generation CNC Automatic Surfacing Machines, which we will soon publish an interesting review of The Ultimate Tooling. 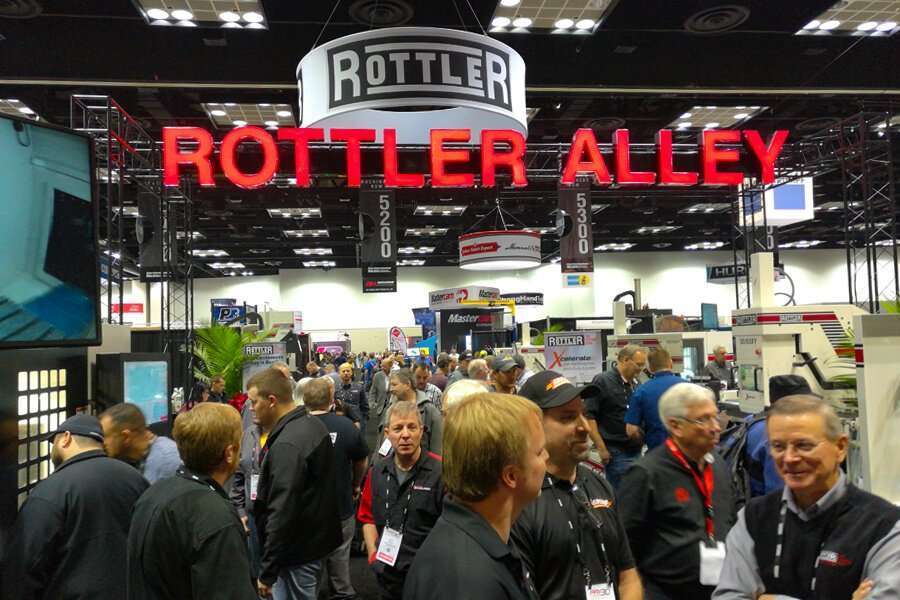 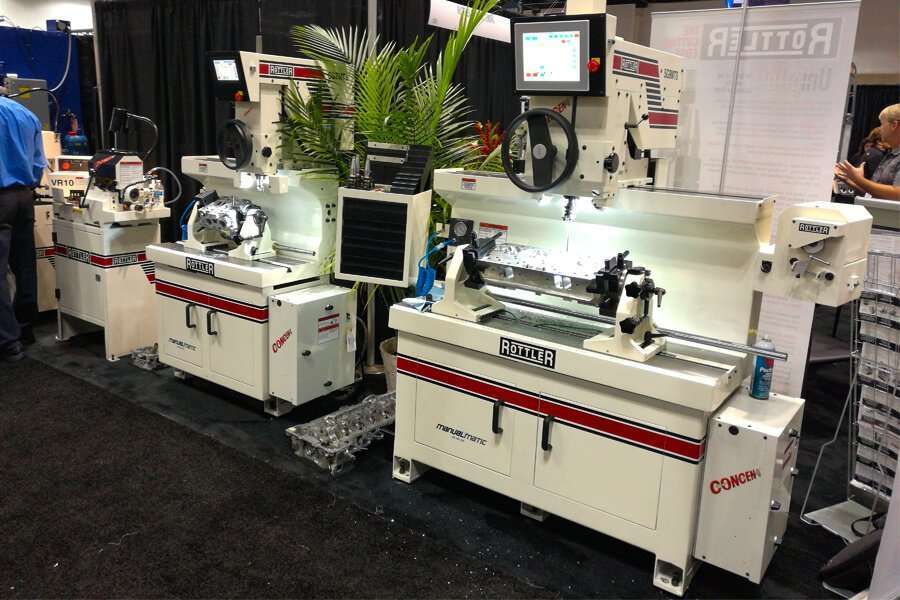 Another important home company is Sunnen, which exhibited its highly technological and specific honing machines, whether vertical for cylinders such as the SV15 or horizontal for engine blocks such as the CH-100. 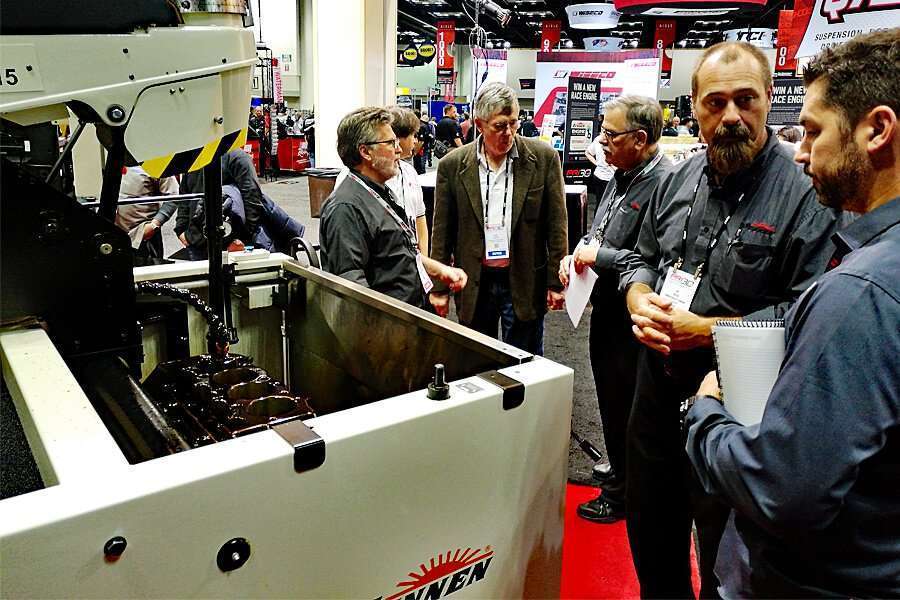 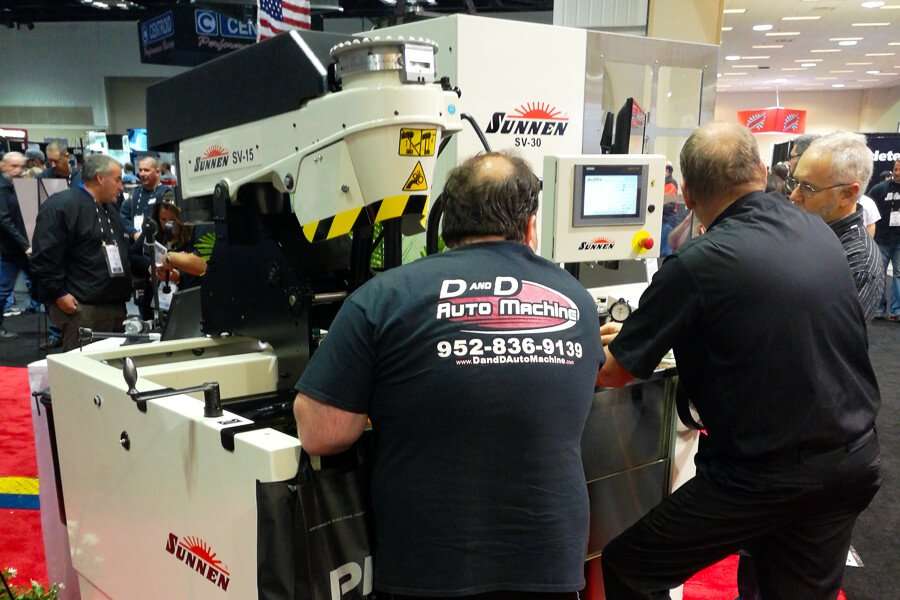 Opposite, the Serdi Company presented its extremely precise and technological valve seat and valve guide cutting machine with their unmistakable bright red colour. It is worth mentioning the Serdi 3.5, Serdi 4.5 and Stronik M that have greatly attracted the interest of visitors.
In addition, the stand also exhibits the PTR1600 XL Pressure Tester for Cylinder Heads, the SG330 surface milling machine, and a VGP1200 hydraulic valve guide press. 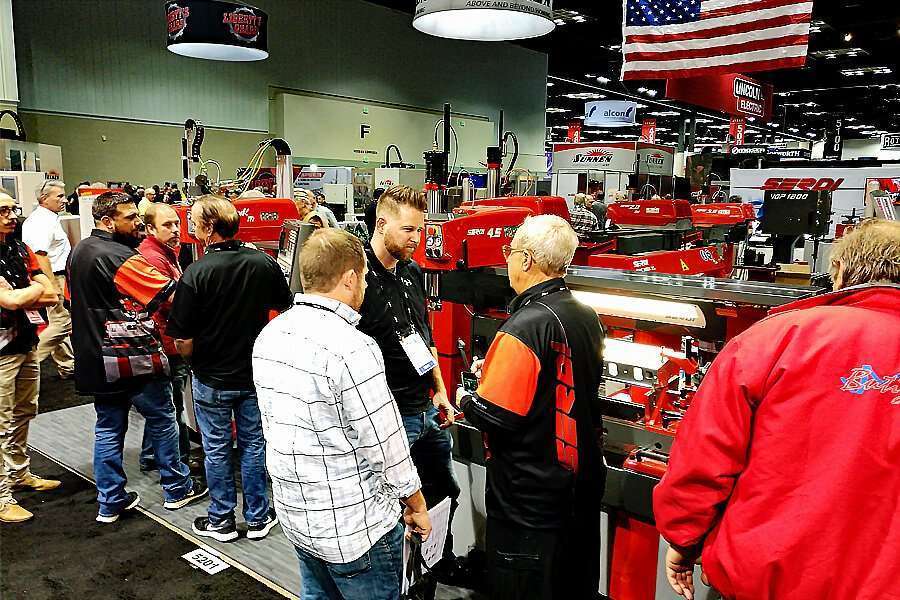 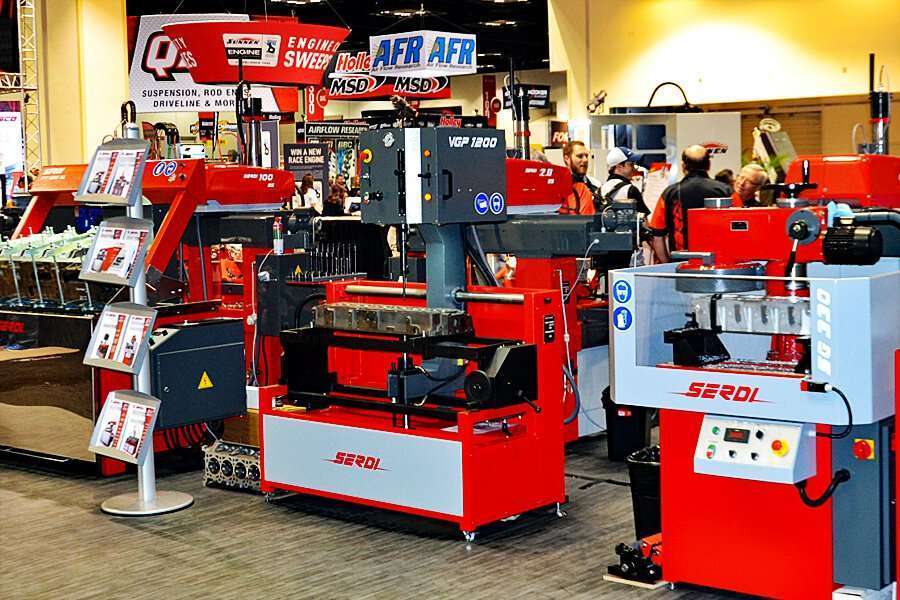 Among the many manufacturers at the PRI 2017 Performance Racing Industry, we would like to mention Winona Van Norman, the increasingly active Slovenian company Carmec, Kwik-Way with its famous SVS II Deluxe valve Refacer, the American RMCand Argentine company Kras. 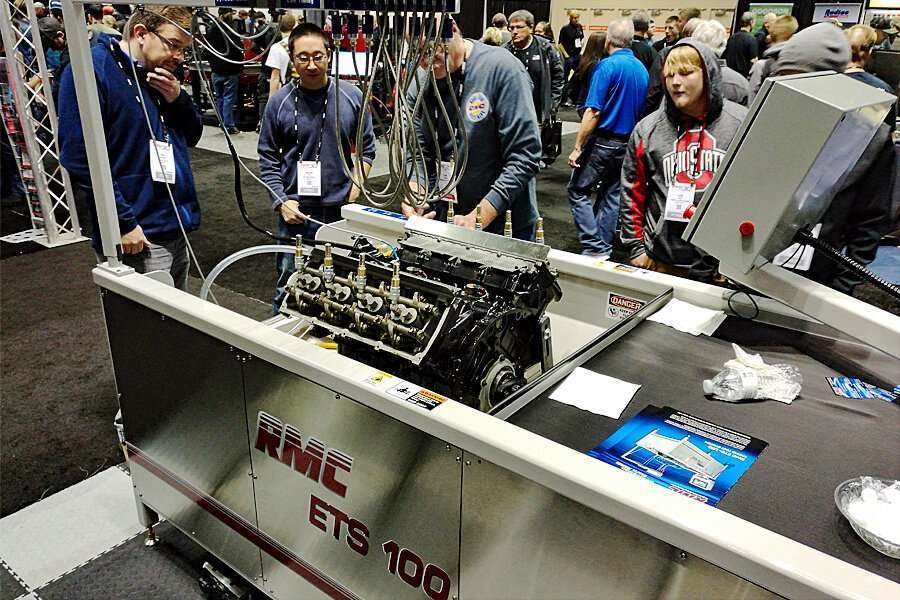 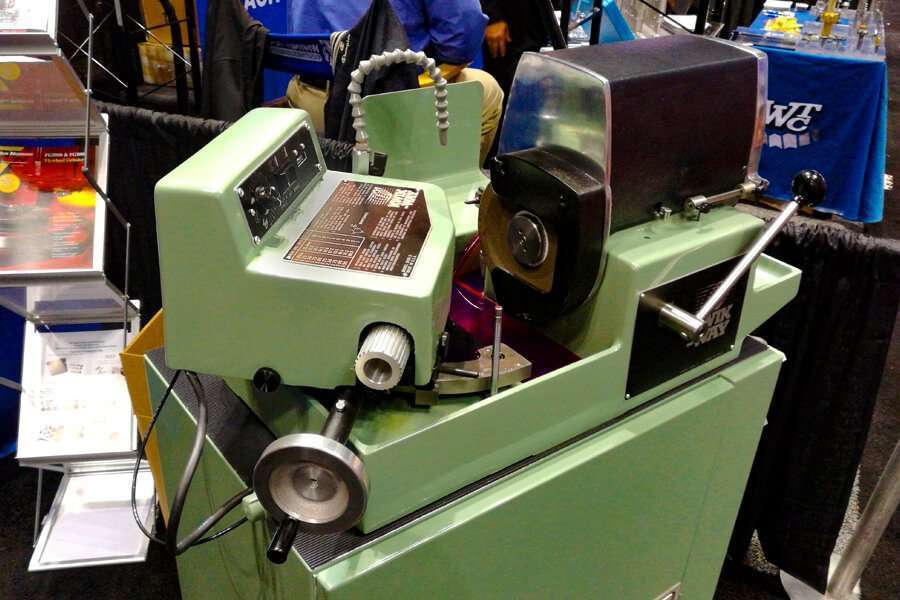 As every year, among the local distributors of machine tools, the protagonist at the PRI 2017 Performance Racing Industry, is Joe Baker Equipment Sales.

Even though the loss of an important brand such as Berco, for all the reasons we know now. This year Joe Baker Equipment Sales is proposing the already mentioned Carmecbrand, exhibiting an HBM810 line boring machine for cylinder heads and PWS 900 universal cylinder head work bench. 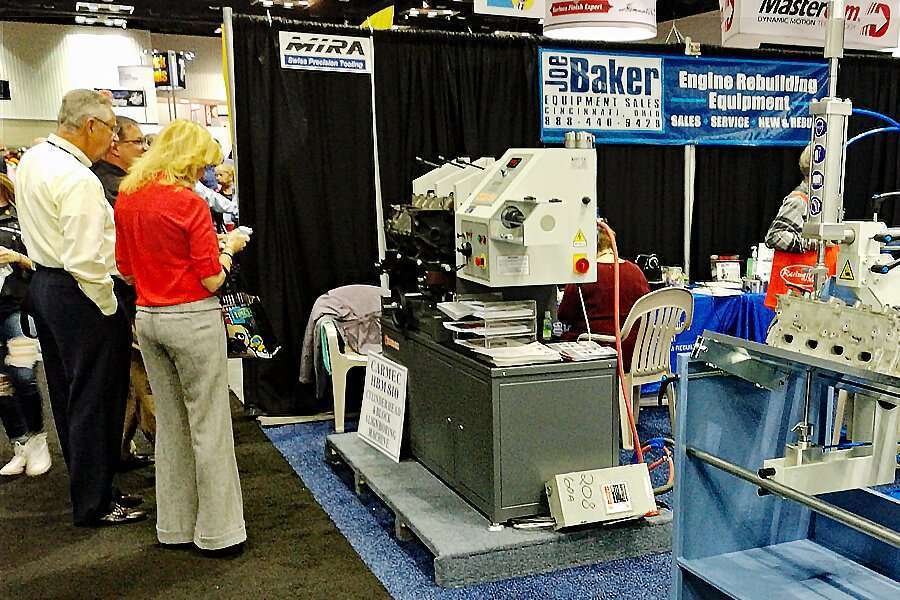 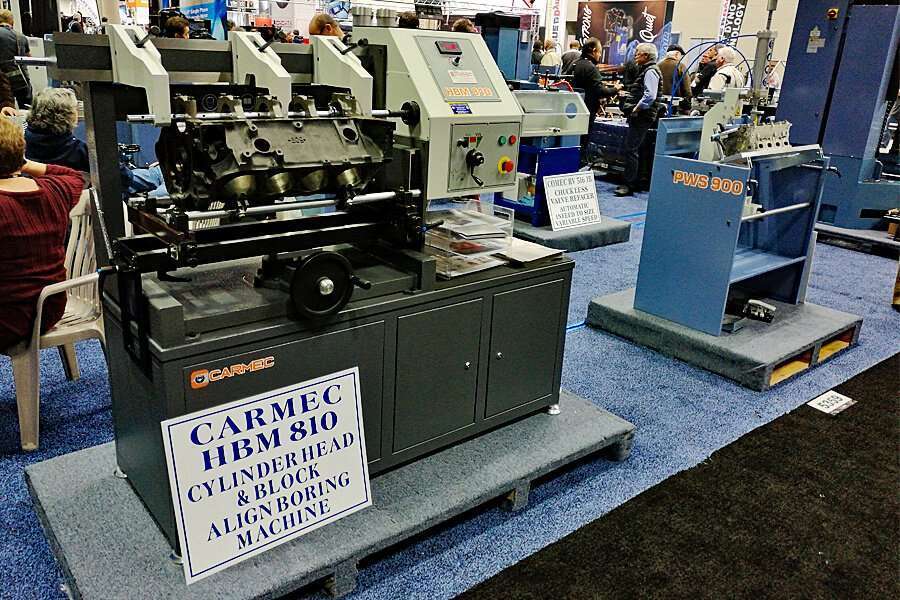 As always, a lot of events have been organized around the PRI 2017 Performance Racing Industry, including meetings, conferences, seminars and even convivial meetings.

Among the many events we would like to mention the appointment of December 6, reserved for exhibitors, to which we had the privilege of taking part, at the prestigious stage of the Lucas Oil Stadium, home of the Indianapolis Colts football team.

We can say the edition of the PRI 2017 Performance Racing Industry has fully embodied the enthusiasm and strength, but at the same time also the maturity and awarenesstypical of those who reach 30 years.

We are looking forward to the PRI 2018 edition and in the meantime, we invite you to continue reading The Ultimate Tooling and the details that will follow this year’s PRI 2017 Performance Racing Industry. 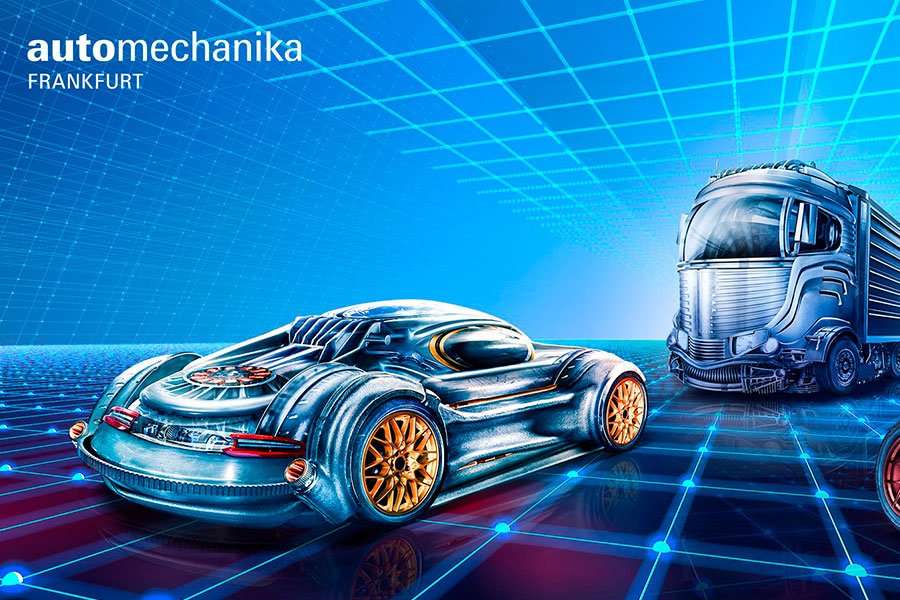 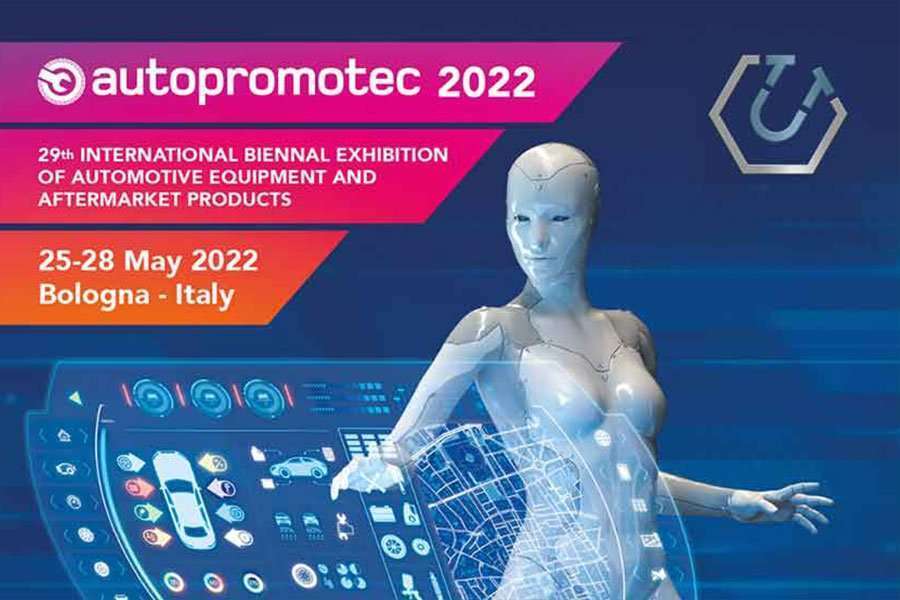 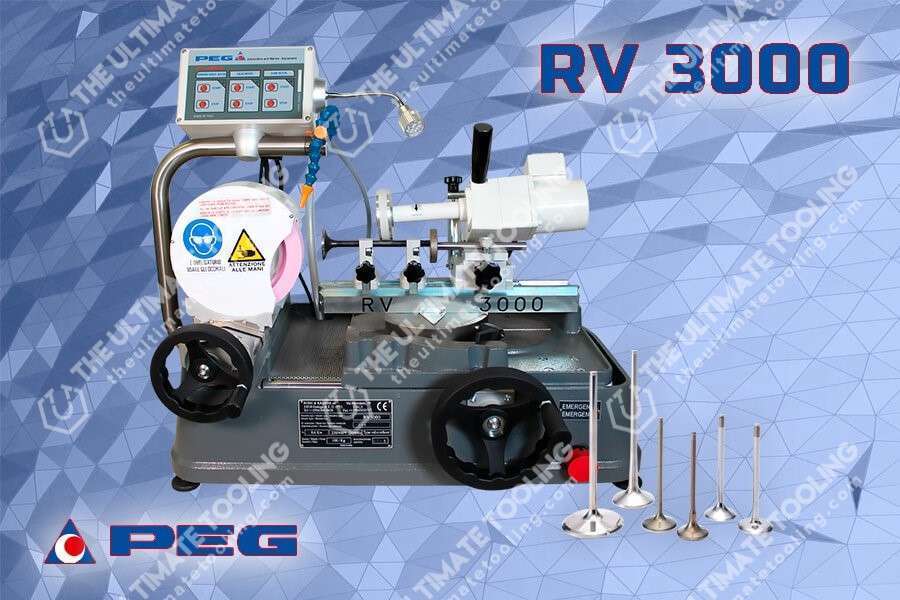